Christmas Traditions Around the World That May Surprise You

The Yule Goat has been a Swedish Christmas symbol dating back to ancient pagan festivals. However, in 1966, the tradition got a whole new life after someone came up with the idea to make a giant straw goat, now referred to as the Gävle Goat. According to the official website, the goat is more than 42 feet high, 23 feet wide, and weighs 3.6 tons. Each year, the massive goat is constructed in the same spot. Fans can even watch a livestream from the first Sunday of Advent until after the New Year when it’s taken down.

If you thought the United States went all out with Christmas decorations, you should see what the Philippines does. Every year, the city of San Fernando holds Ligligan Parul (or Giant Lantern Festival) featuring dazzling parols (lanterns) that symbolize the Star of Bethlehem. Each parol consists of thousands of spinning lights that illuminate the night sky. The festival has made San Fernando the “Christmas Capital of the Philippines.”

Although Christmas isn’t a national holiday in Japan (an estimated one percent of the population is Christian, according to Smithsonian Magazine), its citizens still find an interesting and delicious way to celebrate. Rather than gathering around the table for a turkey dinner, families head out to their local Kentucky Fried Chicken. The tradition began in 1974 after a wildly successful marketing campaign called “Kurisumasu ni wa kentakkii!” or “Kentucky for Christmas!” The fast food chain has maintained its yuletide popularity, causing some people to order their boxes months in advance or stand in two-hour-long lines to get their “finger lickin’ good” food.

Similar to the 12 days of Christmas in the U.S., Iceland celebrates 13. Each night before Christmas, Icelandic children are visited by the 13 Yule Lads. After placing their shoes by the window, the little ones will head upstairs to bed. In the morning, they’ll either have received candy (if they’re good) or be greeted with shoes full of rotten potatoes if they’re bad. And you thought coal was a terrible gift!

On Christmas morning, Finish families traditionally eat a porridge made of rice and milk topped with cinnamon, milk, or butter. Whoever finds the almond placed inside one of the puddings “wins”—but some families cheat and hide a few almonds so the kids don’t get upset. At the end of the day, it is customary to warm up in a sauna together.

Because summer falls during Christmastime for Kiwis, a number of their traditions center around a barbie, or grill, where families and friends gather for a casual cookout of fresh seafood, meat, and seasonal vegetables. The New Zealand Christmas tree is the Pohutukawa, a coastal species that blooms a bright-red color in December, providing shade during the sunny days as they sing carols in both English and Maori.

Before Christianity came to the Danes, Christmas Day was a celebration of brighter days, jól, as it occurred just before winter solstice. Today, homes are decorated with superstitious characters called nisser who are believed to provide protection. On the evening of December 24, Danish families place their Christmas tree in the middle of the room and dance around it while singing carols.

In the French Caribbean island of Martinique, la ribote is a longstanding tradition where families visit their neighbors during Advent and on New Year’s Day bearing holiday food like yams, boudin créole, pâtés salés, and pork stew. They sing Christmas carols together into the early hours of the morning, adding their own creole verses to traditional lyrics.

In Norway, the Christmas season, called julebord, begins Dec. 3, filling up local bars and restaurants throughout the month. Families celebrate Little Christmas on Dec. 23; each have their own ritual for the day that may include decorating the tree, making a gingerbread house, and eating risengrynsgrøt (hot rice pudding).

A Christmas table in Barbados isn’t complete without a baked ham decorated with pineapple and sorrel glazes, a rum cake, and Jug Jug, a dish inspired by the Scottish influence on the island combining pigeon peas, guinea corn flour, herbs, and salt meat.

On Christmas Eve in Poland, many families share oplatek (an unleavened religious wafer), each person breaking off a piece as they wish each other Merry Christmas. Dinner may not begin until the first star appears in the night sky and, traditionally, an extra setting is left at the table should someone show up uninvited.

Sinterklaas is the Dutch name for Saint Nicholas, the man recognized by children by his long white beard, red cape, and red miter. Kids put a shoe by the chimney or back door and wake up on Christmas morning to find treats like gingerbread men, marzipan, and chocolate letters inside.

Brazilian and Portuguese families come together on Christmas Eve to eat dinner as late as 10 p.m. Then, at exactly midnight, they exchanges gifts, toasts, and wish each other a Merry Christmas. Midnight mass, Missa Do Galo (Rooster Mass), is a chance to meet up with neighbors and extended family to wish them well for the holiday season. The service is often followed by fireworks in the town square. Pictured: Cathedral Square in Mariana, Minas Gerais, Brazil

Alpine countries like Austria have a legend that a devil-like creature called Krampus joins their St. Nicholas festivities on December 6. Children are asked for a list of their good and bad deeds: Good children are rewarded with sweets, apples, and nuts, and bad children worry what Krampus might bring on Christmas morning.

While the traditions around South Africa vary by region and culture, most families come together for a cookout, called braaing on the holiday. Marinated steaks and boerewors sausages serve as the main course, followed by a customary dessert of malva pudding (pictured) served with a custard. Traditional fir Christmas trees are decorated with a variety of baubles included hand-beaded African ornaments.

Orthodox Christians make up nearly 49 percent of Ukraine’s population; they observe Christmas Day on January 7 by dressing in traditional garments and walking through town singing carols. A dish called kutya, made of cooked wheat mixed with honey, ground poppy seeds, and sometimes nuts, is a popular Christmas Eve treat. Some families throw a spoonful of kutya at the ceiling: If it sticks, there will be a good harvest in the new year.

All across Mexico members of the Church put on Pastorelas (Shepherd’s Plays) to retell the Christmas story. The Mexican Christmas season begins early in December with Las Posadas, a religious march that re-enacts the journey of Mary and Joseph. The vibrant red poinsettia flowers are also used in holiday arrangements for decoration throughout the country. Pictured: a traditional Christmas and New Year parade in Chilpancingo, Guerrero state, Mexico.

Swiss families make their own advent calendars for the holiday season. These calendars are either given to children as a surprise or made together as a fun activity. Each day’s bag reveals a new surprise or treat, with the biggest gift on Christmas Eve.

Central American countries like El Salvador toast Christmas with fireworks displays on December 24 and 25. Children celebrate with smaller firecrackers called volcancitos (little volcanos) and estrellitas (little stars) while those who are a little older tend to prefer the larger varieties and Roman candles. Pictured: A Christmas tree in front of the National Palace at the historic center of San Salvador, El Salvador. 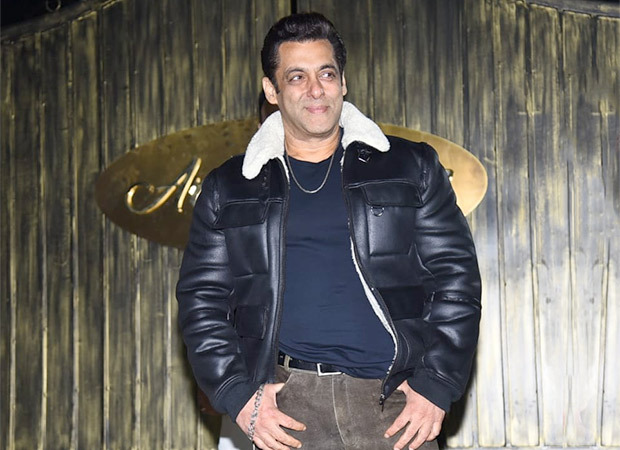 Sushmita Sen confirms breaking up with Rohman Shawl – “The relationship was long over, the love remains”