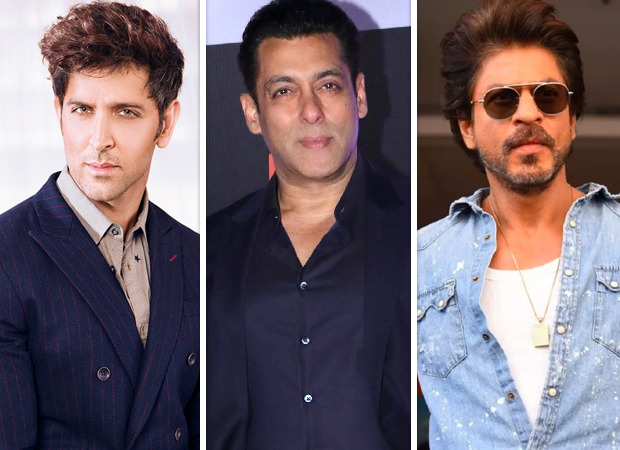 The shooting for the Shah Rukh Khan, Deepika Padukone and John Abraham multi-starrer action thriller, Pathan is on the verge of completion and by now, it’s clear that Hrithik Roshan is not a part of this Siddharth Anand film. While buzz was strong in the media circles that Hrithik will appear as Kabir from War in Pathan, a source has confirmed that it’s just Salman Khan, who has a cameo in Pathan as Tiger.

With this, as curious minds, we confidently told the source about Hrithik Roshan being a part of Salman Khan’s action thriller, Tiger 3 with Katrina Kaif and Emraan Hashmi. To our surprise, the source confided, “No, he isn’t. While Aditya Chopra has offered him the proposal of being a part of the spy universe, he hasn’t got back yet.  He was offered Pathan, he was offered Tiger 3 too. But there hasn’t been a green light from Hrithik Roshan on either. As things stand today, the spy universe will be spearheaded by Salman Khan as Tiger with Shah Rukh Khan joining in as Pathan.”

And what about the two female leads? “Yes yes, definitely. Both Katrina Kaif and Deepika Padukone too will be a part of this universe. While Katrina plays ISI agent Zoya, Deepika Padukone will be seen as a special agent in Pathan. As of now, it’s Salman, Katrina, Shah Rukh and Deepika in the universe,” the source answered.

And what happens to Hrithik Roshan then? “He will continue to independently be a part of the War franchise as and when the script materializes. It’s nowhere in the pipeline for the next 3 years as Aditya Chopra is completely invested in creating the biggest universe of Bollywood. After Pathan and Tiger 3, he is planning a union of both Pathan and Tiger in a mega two hero project.”

Meanwhile, SRK will be shooting for his cameo in Tiger 3 soon.