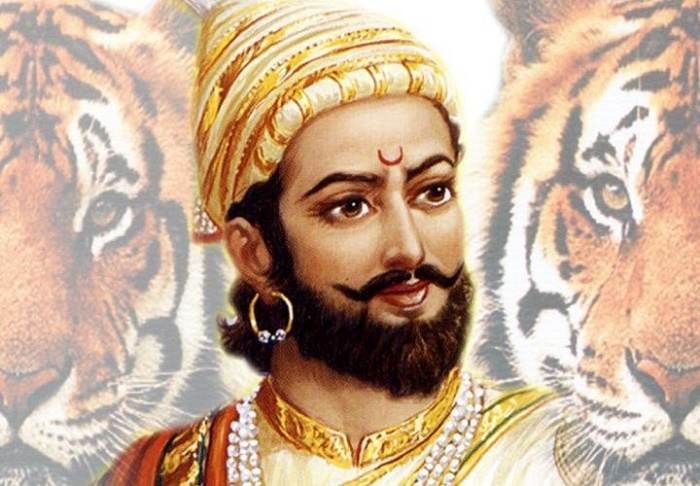 Chatrapati Shivaji Maharaj was the founder of the Maratha Empire in western India. He is considered to be one of the greatest warriors of his time and even today, stories of his exploits are narrated as a part of the folklore. With his valour and great administrative skills, Shivaji carved out an enclave from the declining Adilshahi sultanate of Bijapur. It eventually became the genesis of the Maratha Empire. After establishing his rule, Shivaji implemented a competent and progressive administration with the help of a disciplined military and well-established administrative setup. Shivaji is well-known for his innovative military tactics that centred around non-conventional methods leveraging strategic factors like geography, speed, and surprise to defeat his more powerful enemies.

Shivaji Bhosle was born on February 19, 1630, to Shahaji Bhosle and Jijabai in the fort of Shivneri, near the city of Junnar of the Pune district. Shivaji’s father Shahaji was in service of the Bijapur Sultanate – a tripartite association between Bijapur, Ahmednagar, and Golconda, as a general. He also owned a Jaigirdari near Pune. Shivaji’s mother Jijabai was the daughter of Sindkhed leader Lakhujirao Jadhav and a deeply religious woman. Shivaji was especially close to his mother who instilled in him a strict sense of right and wrong. Since Shahaji spent most of his time outside of Pune, the responsibility of overseeing Shivaji’s education rested on the shoulders of a small council of ministers which included a Peshwa (Shamrao Nilkanth), a Mazumdar (Balkrishna Pant), a Sabnis (Raghunath Ballal), a Dabir (Sonopant) and a chief teacher (Dadoji Konddeo). Kanhoji Jedhe and Baji Pasalkar were appointed to train Shivaji in the military and martial arts. Shivaji was married to Saibai Nimbalkar in 1640. 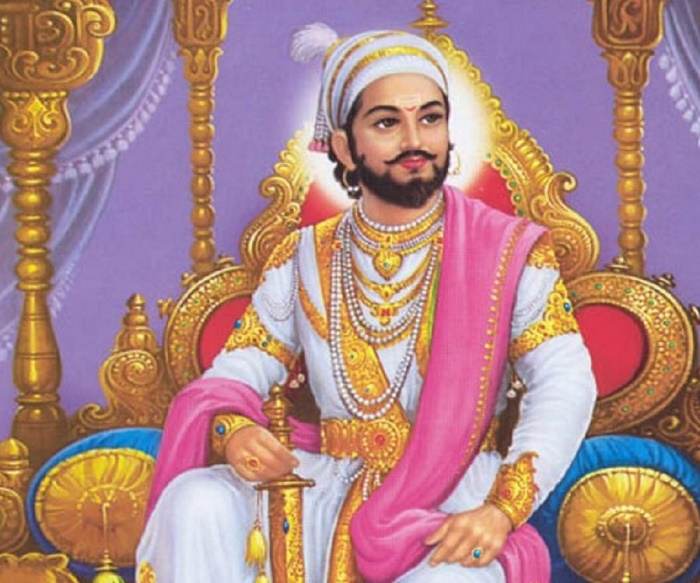 By 1645, Shivaji acquired control of several strategies from under the Bijapur Sultanate around Pune – Torna from Inayat Khan, Chakan from FirangojiNarsala, Kondana from Adil Shahi Governor, along with Singhagarh and Purandar. Following his success, he had emerged as a threat for Mohammed Adil Shah who gave the order to imprison Shahaji in 1648. Shahaji was released on the condition that Shivaji kept a low profile and kept from further conquests. Shivaji resumed his conquests after Shahaji’s death in 1665 by acquiring the valley of Javali from Chandrarao More, a Bijapuri jaigirdaar. Mohammed Adil Shah sent Afzal Khan, a powerful general in his employ to subdue Shivaji.

The two met in a private rendezvous on November 10, 1659, to discuss terms of negotiation. Shivaji anticipated it to be a trap and he arrived prepared wearing armour and to conceal a metal tiger claw. When Afzal Khan attacked Shivaji with a dagger, he was saved by his armour and Shivaji retaliated by attacking Afzal Khan with the tiger’s claw, mortally injuring him. He ordered his forces to launch an assault on the leaderless Bijapuri contingents. The victory was easy for Shivaji in the Battle of Pratapgarh, where around 3000 Bijapuri soldiers were killed by the Maratha forces. Mohammed Adil Shah next sent a larger army under the command of General Rustam Zaman who faced Shivaji in the Battle of Kolhapur. Shivaji secured victory in a strategic battle causing the general to flee for his life. Mohammed Adil Shah finally saw victory when his general Siddi Jauhar successfully sieged the fort of Panhala on September 22, 1660. Shivaji recaptured the fort of Panhal later in 1673. 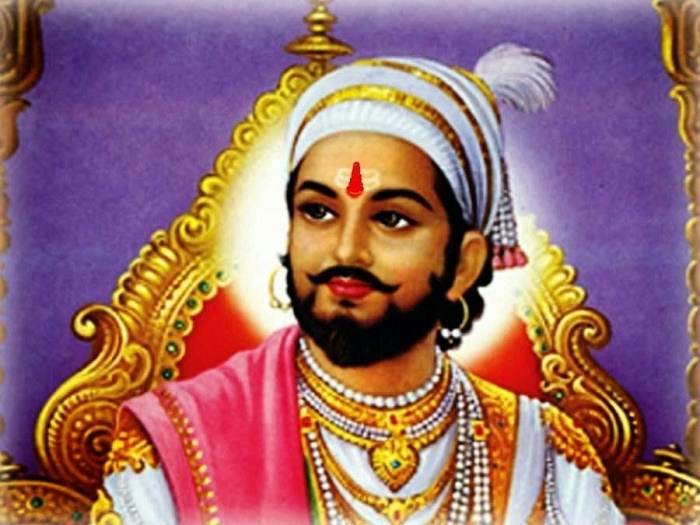 Conflicts with the Mughals

Shivaji’s conflicts with the Bijapuri Sultanate and his continuous victories brought him under the radar of Mughal Emperor Aurangzeb. Aurangzeb saw him as a threat to the expansion of his imperial intent and concentrated his efforts on eradicating the Maratha threat. Confrontations began in 1957 when Shivaji’s generals raided and looted Mughal territories near Ahmednagar and Junnar. However, Aurangzeb’s retaliation was thwarted by the arrival of the rainy season and the battle for succession back in Delhi. Aurangzeb directed Shaista Khan, Governor of Deccan and his maternal uncle, to subdue Shivaji. Shaista Khan launched a massive attack against Shivaji, capturing several forts under his control and even his capital Poona. Shivaji retaliated back by launching a stealth attack on Shaista Khan, eventually injuring him and evicting him from Poona. Shaista Khan later arranged multiple attacks on Shivaji, severely reducing his holds of forts in the Konkan region. To replenish his depleted treasury, Shivaji attacked Surat, an important Mughal trading centre and looted the Mughal wealth. An infuriated Aurangzeb sent his chief general Jai Singh I with an army of 150,000. The Mughal forces made a considerable dent, sieging forts under Shivaji’s control, extracting money and slaughtering soldiers in their wake. Shivaji agreed to come to an agreement with Aurangzeb to prevent further loss of life and the Treaty of Purandar was signed between Shivaji and Jai Singh on June 11, 1665. Shivaji agreed to surrender 23 forts and pay a sum of 400000 as compensation to the Mughal Empire. Aurangzeb invited Shivaji to Agra with an aim to use his military prowess to consolidate the Mughal empires in Afghanistan. Shivaji travelled to Agra with his eight-year-old son Sambhaji and was offended by Aurangzeb’s treatment of him. He stormed out of the court and an offended Aurangzeb placed him under house arrest. But Shivaji once again used his wit and cunning to escape the imprisonment. He feigned severe illness and arranged for baskets of sweets to be sent to the temple as offerings for prayer. He disguised as one of the carriers and hid his son in one of the baskets, and escaped on August 17, 1666. In subsequent times, Mughal and Maratha hostilities were pacified to a large extent by constant mediation through Mughal Sardar Jaswant Singh. Peace lasted till 1670, after which Shivaji launched an all-out offensive against the Mughals. He recovered most of his territories sieged by the Mughals within four months. 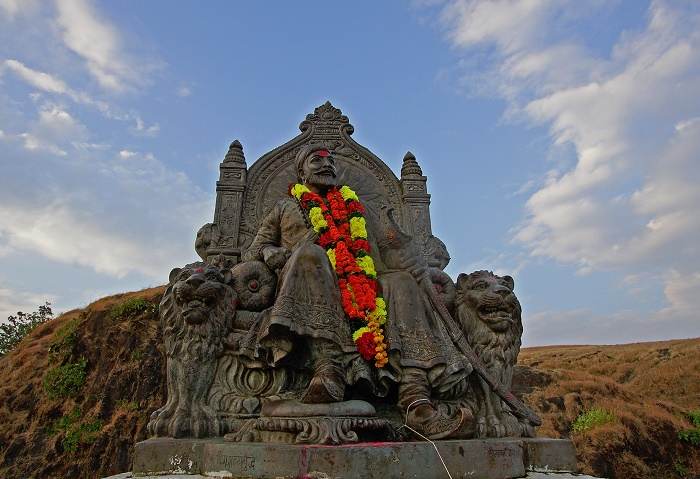 Relationship with The English

Initial days of his reign, Shivaji maintained cordial relationships with the English till they supported the Bijapuri Sultanate in a confrontation against him in the capture of Fort of Panhala in 1660. So in 1670, Shivaji moved against the English in Bombay for them not selling him war material. This conflict continued in 1971 when again the English refused their support in his attack of Danda-Rajpuri, and he looted the English factories in Rajapur. Numerous negotiations between the two parties to come to a term failed and the English did not lend their support to his endeavours.

After having consolidated considerable control over territories adjoining Poona and Konkan, Shivaji decided to adopt a Kingly title and establish the first Hindu Sovereignty in the South, which was still now dominated by Muslims. He was crowned the King of Marathas on June 6, 1674, at Raigadh in an elaborate coronation ceremony. The Coronation was officiated by Pandit Gaga Bhatt in front of a gathering of around 50,000 people. He took upon several titles like Chhatrapati (paramount sovereign), Shakakarta (founder of an era), Kshatriya Kulavantas (head of Kshatriyas) and Haindava Dharmodhhaarak (one who uplifts the sanctity of Hinduism).

Post-coronation, the Marathas under Shivaji’s directives launched aggressive conquest efforts to consolidate most of the Deccan states under the Hindu Sovereignty. He conquered Khandesh, Bijapur, Karwar, Kolkapur, Janjira, Ramnagar and Belgaum. He captured forts at Vellore and Gingee, controlled by the Adil Shahi rulers. He also came to an understanding with his step-brother Venkoji over his holdings over Tanjavur and Mysore. What he aimed at was to unify the Deccan states under the rule of a native Hindu ruler and protect it from outsiders like the Muslims and Mughals.

(1) The Peshwa or Prime Minister, who was head of general administration and represented the king in his absence.

(3) The PanditRao or Chief Spiritual Head was responsible for overseeing the spiritual well-being of the kingdom, fixing dates for religious ceremonies and overseeing charitable programs undertaken by the king.

(4) The Dabir or Foreign Secretary was entrusted with the responsibility of advising the king on matters of foreign policies.

(5) The Senapati or Military General was in charge of overseeing every aspect of the military including organization, recruitment and training of soldiers. He also was the strategic advisor of the king in the time of war.

(6) The Nyayadhish or Chief Justice saw formulations of law and their subsequent enforcement, civil, judicial as well as military.

(7) The Mantri or Chronicler was responsible for keeping elaborate records of everything the king did in his daily life.

(8) The Sachiv or Superintendant was in charge of royal correspondence.

Shivaji vigorously promoted the use of Marathi and Sanskrit in his court instead of Persian, the existing Royal language. He even changed the names of the forts under his control to Sanskrit names to accentuate his Hindu rule. Although Shivaji himself was a devout Hindu, he promoted tolerance for all religions under his rule. His administrative policies were subject-friendly and humane, and he encouraged the liberty of women in his rule. He was strictly against caste discrimination and employed people from all caste in his court. He introduced the Ryotwari system eliminating the need for middlemen between farmers and the state and collecting revenues directly from the manufacturers and producers. Shivaji introduced the collection of two taxes called the Chauth and Sardeshmukhi. He divided his kingdom into four provinces, each headed by a Mamlatdar. The village was the smallest unit of administration and the head was titled as Deshpande, who headed the Village Panchayat. Shivaji maintained a strong military force, built several strategic forts to secure his borders and developed a strong naval presence along the Konkan and Goan coasts.

Shivaji died at the age of 52 on April 3, 1680, at the Raigad Fort, after suffering from a bout of dysentery. A conflict of succession arose after his death between his eldest son Sambhaji and his third wife Soyrabai on behalf of her 10-year old son Rajaram. Sambhaji dethroned the young Rajaram and ascended the throne himself on June 20, 1680. The Mughal-Maratha conflicts continued after Shivaji’s death and the Maratha glory declined greatly. However, it was reclaimed by young Madhavrao Peshwa who reclaimed Maratha glory and established his authority over North India. 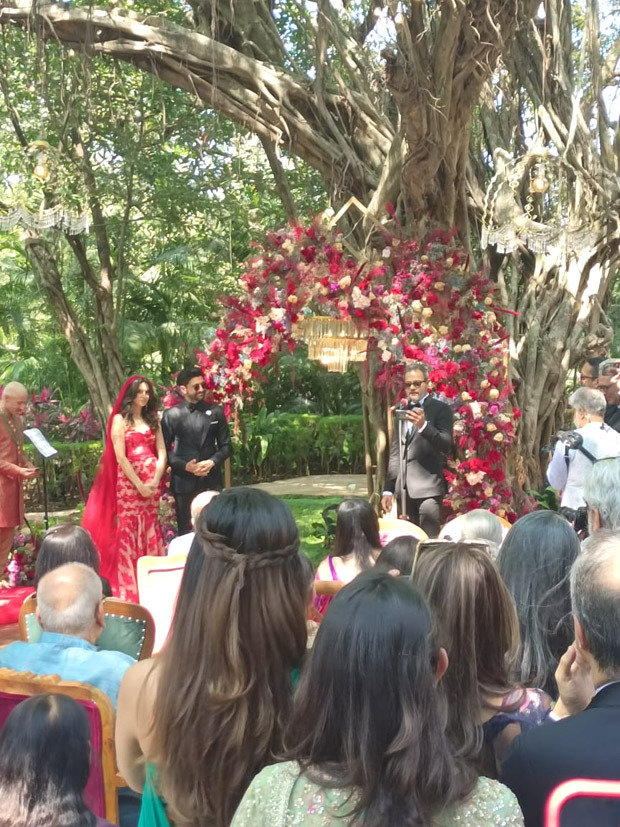 “I can feel his presence all around me,” says Bappi Lahiri’s son Bappa Lahiri 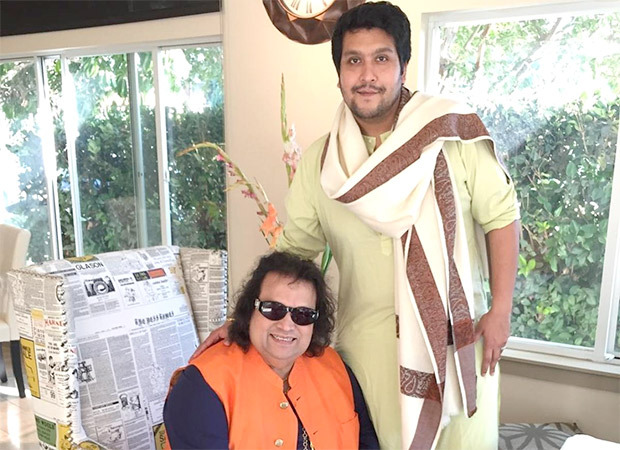