You’re probably already clenching your knees together after reading the title, but yes, the chainsaw was originally invented to assist in childbirth. Before the common use of the caesarian section, all babies had to be passed through the birth canal. Which certainly makes sense.

But, as we know, babies can become obstructed in the there if they are breech or too large. When babies couldn’t fit through or they would get stuck in the pelvis, parts of bone and cartridge were removed to create more space for the baby. This is called a “symphysiotomy”. The Black area marked by a “5” is the pubic symphysis which was divided during the procedure.

The procedure was originally performed by hand using a small knife and saw to remove the bone. This was all done without anaesthesia to a woman in the middle of giving birth. It took a long time and it was messy and obviously painful.

Now, if you’re already squirming, we’re just getting to the chainsaw part. 13th Floor enlightened us with this little-known history of this common saw. Two doctors invented the chainsaw in 1780 to make the removal of pelvic bone easier and less time-consuming during childbirth. It was powered by a hand crank and looked like a modern-day kitchen knife with little teeth on a chain that wound in an oval. We’re sure you’re envisioning those loud things that can hack up trees in seconds, but thankfully this one is a little bit less scary and looks more like a medical tool. 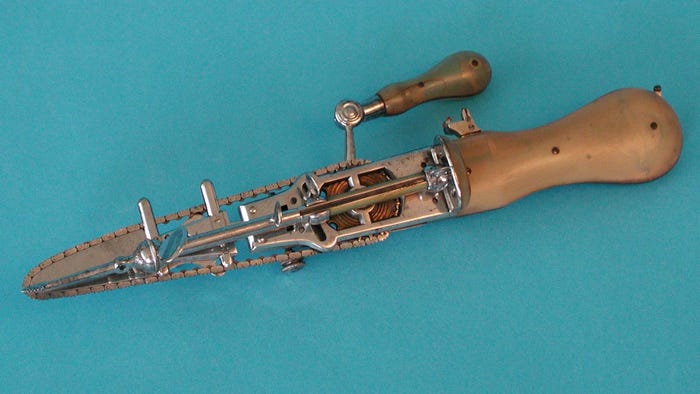 Still, anything with the words chainsaw, knife, saw, or blade coming at your downstairs in a completely conscious surgery is terrifying! Here is the first surgical chainsaw used for those symphysiotomies. 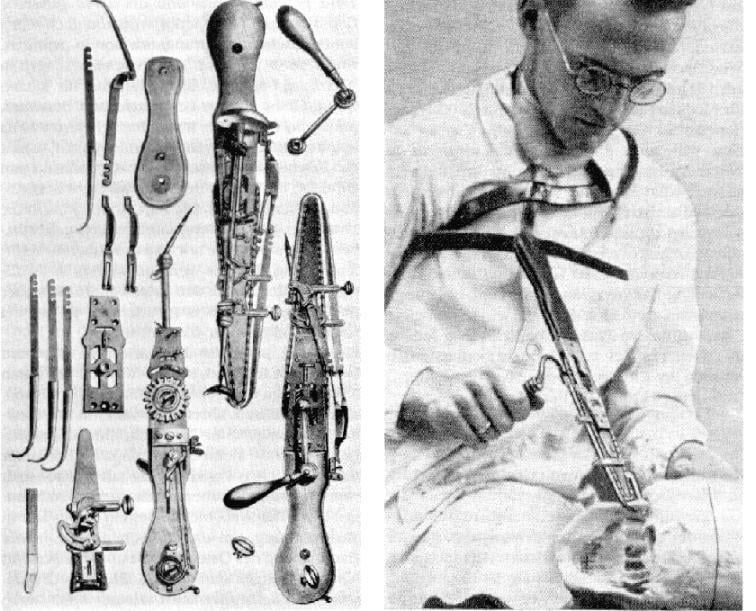 The chainsaw was soon used for other bone cutting operations and amputations in the surgical room. It then evolved into a woodworking tool when people noticed how quickly and easily it was to get through, well, anything. It became larger and more powerful and eventually grew to be the monster we know today.

Well, there you have it, the unexpected and super terrifying history of the chainsaw. Who would’ve known that the scariest power tool was originally intended for your most sensitive part? 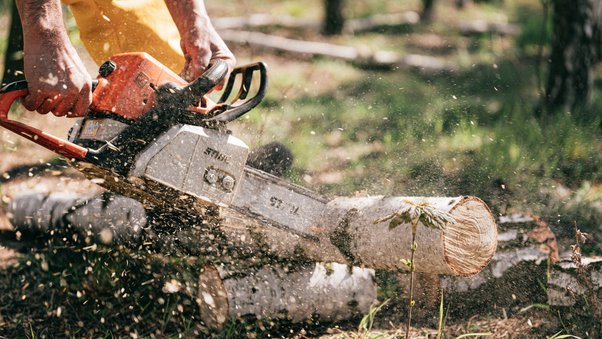 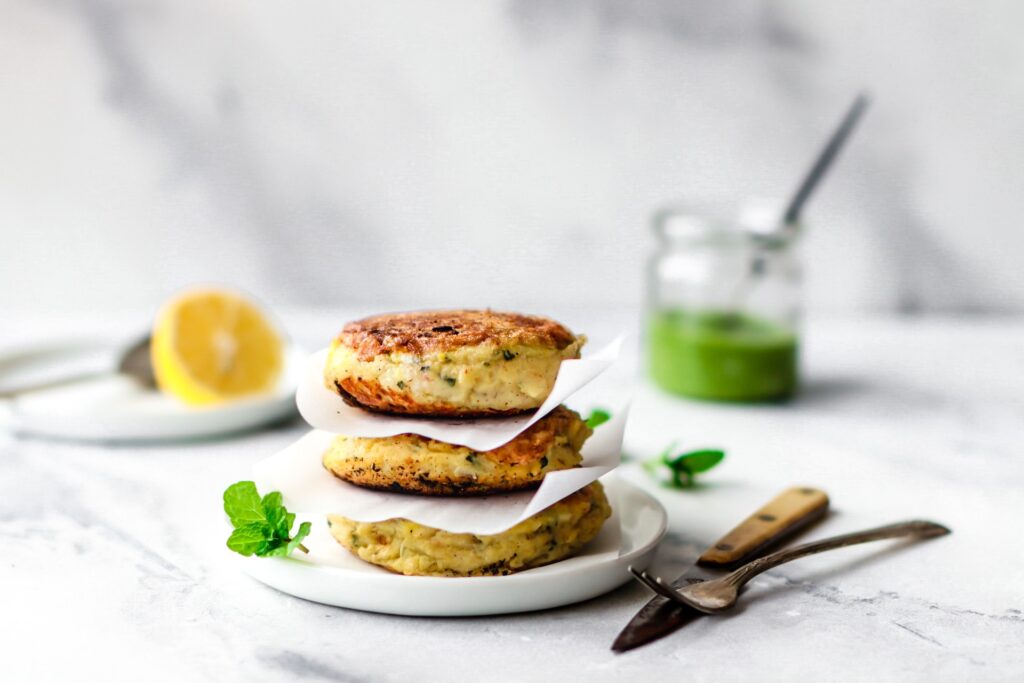